Synopsis:
In the 2009 Tony Award winning play, GOD OF CARNAGE by Yasmina Reza and translated by Christopher Thompson, a playground altercation between eleven-year-old boys brings together two sets of Brooklyn parents for a meeting to resolve the matter. At first, diplomatic niceties are observed, but as the meeting progresses, and the rum flows, tensions emerge and the gloves come off, leaving the couples with more than just their liberal principles in tatters.

ALAN RALEIGH – (male, age 40’s +, ALL ETHNICITIES)
Alan might be the most stereotypical character of the group in that he is modeled after other slimy lawyers from countless other stories. He is the most openly rude because he frequently interrupts their meeting by talking on his cell phone. He claims that his son is a savage and does not see any point in trying to change him. He seems the most sexist of the two men, often implying that women have a host of limitations.

ANNETTE RALEIGH – (female, Age: 40’s +, ALL ETHNICITIES)
Benjamin’s mother is constantly on the brink of a panic attack. In fact, she vomits during the show. The pressures of motherhood and household have eroded her self-confidence. Annette feels abandoned by her husband who is eternally preoccupied with work. At the end, Annette loses total control on stage. She is the most physically destructive of the four characters.

*Annette must be able to vomit (sound wise) believably onstage.

MICHAEL NOVAK – (male, Age: 25+, ALL ETHNICITIES)
At first, Michael seems eager to create peace between the two boys and perhaps even bond with the Raleighs. He offers them food and drink. He is quick to agree with the Raleighs, even making light of the violence, commenting on how he was a leader of his own gang during his childhood.

VERONICA NOVAK – (female, Age: 25+, ALL ETHNICITIES)
At first, she seems like the most benevolent of the bunch. Instead of resorting to litigation regarding her son Henry’s injury, she believes they can all come to an agreement about how Benjamin should make amends for his attack. Of the four characters, Veronica exhibits the strongest desire for harmony.

The roles of Michael, Alan, and Veronica have an audition of a phone conversation (see sides below).

If you are auditioning for ANNETTE RALEIGH, please be prepared to verbally vomit (we do not need the physical vomit – we are looking for someone who can vomit on cue with natural body movement and natural noise of vomiting).

*Please bring a resume and headshot (should you have one).

*You will be asked to fill out an intake form upon arrival. 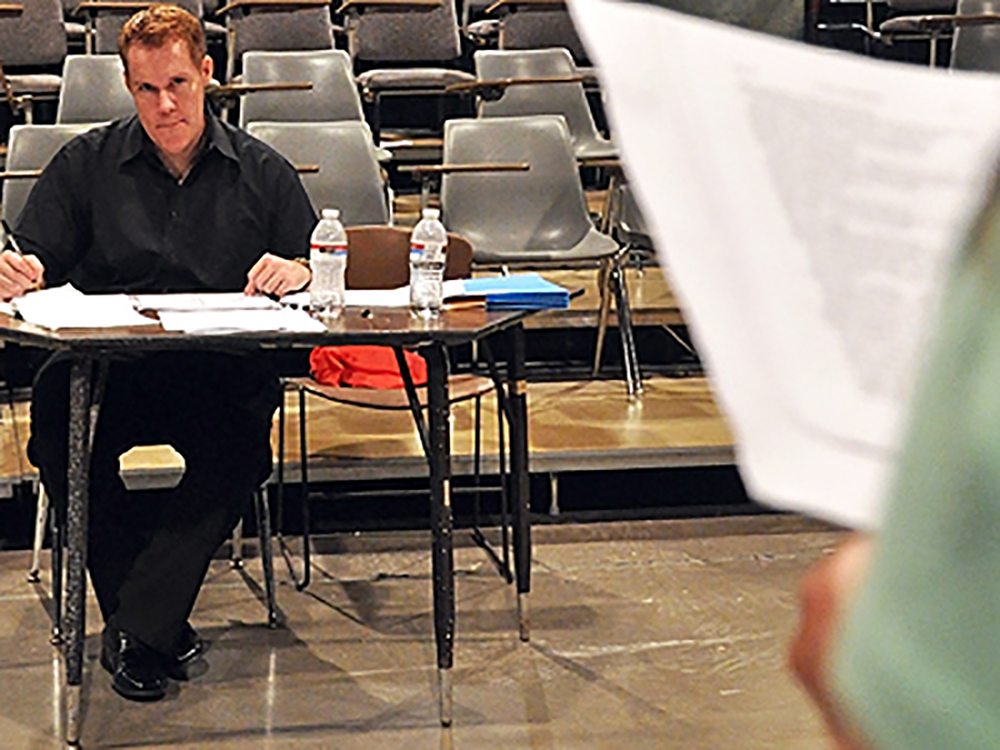 There are no vaccination requirements at this time. Masks are optional and are available upon request.