Posted on September 29, 2016 by NLTheatreAdmin1

Nutley Little Theatre’s history reaches back to the early thirties when a group of men, connected with the Grace Episcopal Church, organized an amateur theatrical group called the Parish Players. Two of the members decided to expand their idea to a town-wide theatre group, so in 1934, Nutley Little Theatre began its career.

Our present “home,” The Barn on Erie Place, a former jam factory, was available for rental and members decided it was necessary to have a place to construct and store sets. Nutley Little Theatre rented the barn from 1935 to 1938 and officially purchased it in 1938. In January 1935, the members decided to utilize the stage area on the second floor, and held “workshop” meetings, which included the presentation of one-act plays and staging techniques. In order to inform members of activities, a theatre newsletter was created. The Prompter is still used today to inform our membership of these same types of activities.

The 1950s marked NLT’s foray into holding benefits for local groups. “NLT on-the-Road” was formed and the group would troupe shows to local civic groups. Today we continue with opening night benefit performances for local groups. The 50s also saw the season change from two shows a season to three. This continued until 1976 when the decision was made to use The Barn for more than just storage and monthly meetings. After 42 years of presenting its shows in various Nutley schools, Nutley Little Theatre became self-sustaining by converting The Barn into a theatre. More shows were added each season and the group was able to offer the community more evenings of live theatre.

Nutley Little Theatre has seen several people come through our doors who have moved on to other venues. From Robert Blake (who was then a young high school man with a different name) to Jay Mohr who went on to Saturday Night Live and major motion pictures, Nutley Little Theatre is happy to have played a small part in the life of every actor who has crossed through our doors. Our goal is to present diverse live theatre to the community and offer a place for people to learn and grow as performers, directors, and technicians.

Born in the great Depression, when economic conditions encouraged interest in community activities, Nutley Little Theatre has continued to be a vital community organization for over 65 years, and with continued support, it will continue to bring live theatre to the Northern New Jersey area for decades to come. 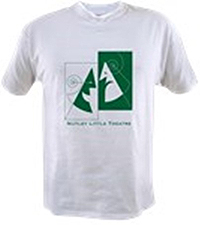